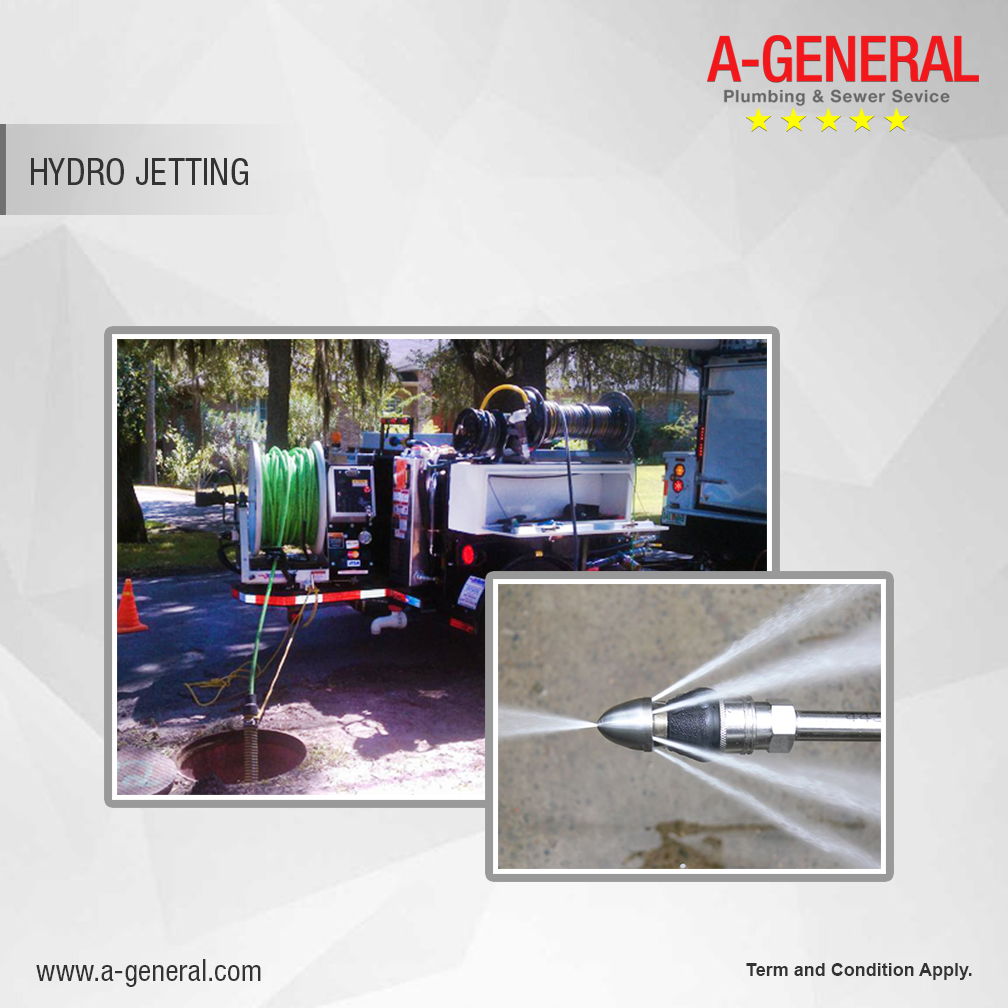 Why do you need Hydro Jetting Services?

Posted by Victor Perkins on Sep.19, 2016 in sewer services

Hydro jetting is the prevalent method employed to clean out drains. Hydro Jetting uses multiple water sprays to clean the drains. In this technique, one spray clears the path and allows the pipe to move ahead in the pipe whereas the other sprays shoot backward. The backward spray helps to loosen the accumulated and hardened debris with soil that is stuck inside the pipe.

Hydro jetting service, also called as the horizontal line flushing or sewer jetting , is an important technique to keep the drains and sewer clog free and maintenance of the property. Over the period of time, drains and sewage line blocks that cannot be cleared by snaking – a traditional method to clear the residential, commercial and industrial debris. Though this method is expensive as compared to traditional drain and sewer cleaning techniques, the traditional methods are time-consuming.

Generally, traditional methods are used to clear the stubborn blockages with the last preference given to the hydro jetting method. However, plumbing companies recommend sewer jetting for maintaining drainage systems as it keeps the drainage pipes clear of debris and clogs instead of waiting for blockage to develop and accumulate. Moreover, sewer jetting is the only resort when chemical treatment fails to clear the blockage.

Hydro jetting is indeed excellent for removing persistent blockages, but with horizontal line flushing, the backups that cause blocks due to years of residue and debris can also be removed. The heavy pressure hydro jetting is capable of removing tree roots and other sources that block the drain. The hydro jet expels water at a pressure of 4000 pounds per minute that cuts through the debris.

Hydro jetting is ideal for maintaining septic tanks. Septic tanks are prone to back-ups in sinks and drains over the period of time. The waste water backing up from the septic tank indicates that either the tank is full or there are blockages in the pipelines. Flushing the pipelines with hydro jetting not only clears and pipelines, but saves time and expense of installing a new septic tank.

Apart from the aforementioned benefits, hydro jetting has advantageous as compared to other technologies as it saves money on plumbing repairs and replacements, is an Eco-friendly method to remove clogs. It is a versatile technology as it is useful to remove
·    Root penetration in pipelines,
·    Waste and debris that has built -up over the years,
·    Soap scum
·    Clog due to the use of personal hygiene products

If used as a regular maintenance technique, this method helps to extend the life of drains and sewage systems.

When you face the blocked pipelines, overflowing sinks/bathtubs or find water lines backing up, contact a hydro-jetting service company proficient in the clearing, repairing and replacing the pipelines. To learn more about Hydro Jetting, please visit a company specializing in hydro jetting technique.