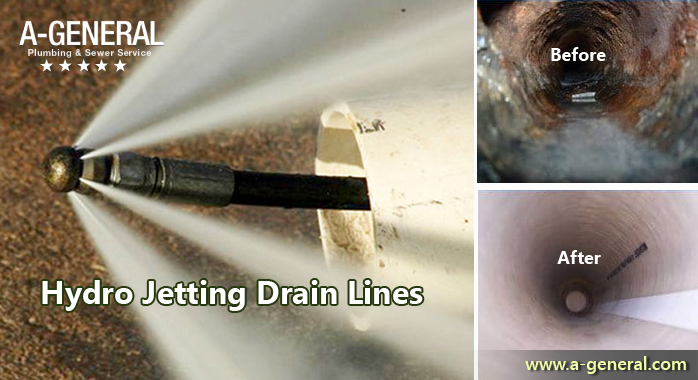 Posted by Victor Perkins on Sep.03, 2020 in hydro jetting service

Goliath was done in by a small stone that was aimed at the right place. It succeeded because he was out in the open, and David was an expert with sling-shots. Imagine the same situation being played below the ground in the confines of a clogged sewer-line! With space to manoeuvre being very limited, darkness all around and dangerous gases of many kinds swirling all around, there remains ONLY one option. Blast the offender out of existence with a high-speed jet of water- exactly what any known and seasoned plumbing company would do anywhere in the world, if given a chance .

Hiring  Hydro-jetting services for root removal has several advantages, like:

1. Caught on camera! A camera service can be added to the Jet appliance which in most cases is carried on the back of a small sledge. In doing so, everyone from the plumbing company to the client to any structural engineer involved may know clearly the level of damage before and after the operations. A verifiable proof, it can be used as evidence for a variety of reasons.

2. Simplest and best course of action! Hydro-jetting is one of the simplest and most non-invasive of ways to remove build-up of silt and sludge in places like sewer pipes. Being simple, potable water released at high speeds in large volumes without anything else like chemicals or detergents, there are very little chances of any untoward cascading incident taking place.

3. Locates leaks in pipes! Water going at high speeds tends to expose leaks rather easily when compared to any other means. Besides cleaning the stuck gook and sludge, jetting water can take care of loose matters like cement and gravel, and inform the exact situation of the sewer pipes. The house-owner can then know which sections need help and how much.

4. No chances of any untoward accident! Chemicals and physical means run the risk of going out of hand and creating a bigger chaos in the neighbourhood. With a simple. Hydro-jetting, such things simply don’t exist!

Hydro-jetting is thus a safe option to clean sewer pipes which most plumbing companies can accomplish with relative ease and speed. Go for it. Let your sewer-lines have a blast!