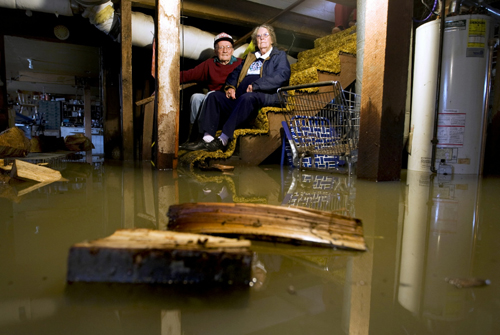 Sewage backup explained with its threat to public health

Sewage backup is a term that you must have heard time and again. Today we will systematically explain the meaning of sewage backup and various things related to it. Sewage backup is one of the worst plumbing problem you could have to face if you do not maintain your sewer system properly.

Sewage from sanitary line could back up into house through drain pipes. This process is known as ”Sewage Backup.” Many people have to face this problem during floods.

Sewage backup is a risky problem to have as it spreads illness and diseases as the sewage contaminated water is full of viruses and bacterias that pose serious threat to human health. In addition to that, sewage consists of hazardous substances like fungi, pesticides, protozoan etc. While crossing a sewage filled area wear shoes and use a mask. Sewage also poses threat to health of animals. If you have sewage backup problem in your house immediately contact commercial plumbing service provider.

Exposure to sewage contaminated water as a result of sewage backup could cause liver infection, abdominal cramping, eye irritation, vomiting and many other problems. Sump pump generally helps to avoid problems such as sewage backup. Sump pump is used to remove water that has accumulated in a water collecting sump basin, which is commonly found in the basement of homes.

If you are facing sewage backup problem in your house and need assistance, look no further, immediately contact ”A-General” one of the best commercial plumbing and sewer service provider.