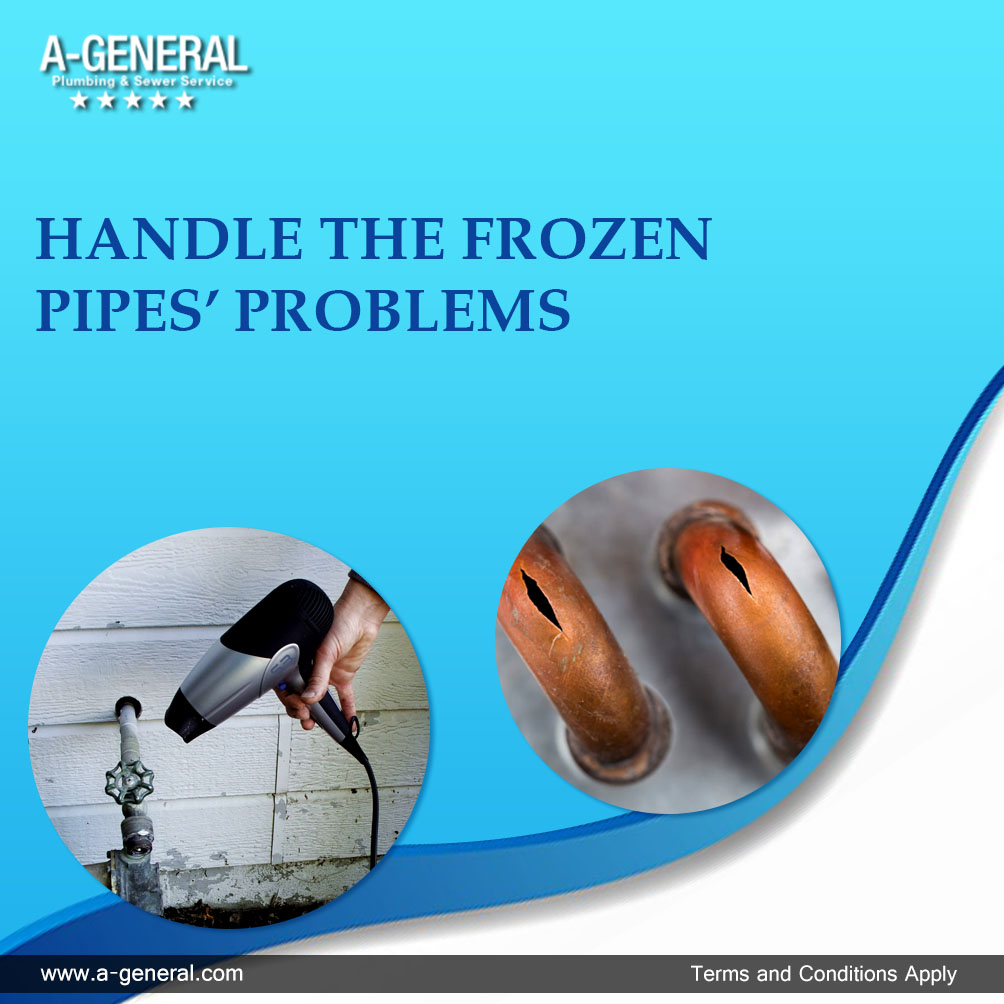 How to Handle the Frozen Pipe’s Problems

Chilled temperatures and cool wind are the main factors which lead the reasons to frozen pipes for that matter even sometimes for bursting pipes. When extreme chilled weather converts the water, which is running through the pipe into ice, which blocks the pipeline. This type of blockage generally puts a lot of pressure on the whole plumbing system and might lead to pipe failure, in spite of the material from which the pipe is being made of. Any smallest crack in plastic or metal frozen water pipe can waste hundreds of gallons of water by releasing it inside the office or home, which could damage your expensive property and can force you for coming up with unpredicted expenses. The only good news is that you can use some of the following tips to stop the frozen pipes in a timely fashion.

What Can You Do Before Calling a Plumber?

At one point, you may be faced with a challenge that what is to be done with this frozen pipe?  Remember one thing, when you’re thinking of dealing with frozen water pipes, you should always start by shutting off the water which flows through the structure. By doing this, you will be able to manage of relieving the water pressure on the pipes and also reduce the volume of the water that will tend to flood your room or basement if the frozen pipes burst suddenly. Then what you do is, use something which is a source of heat, e.g. your hair-dryer, for melting the ice which has been blocked in the pipeline. This will work only when the frozen pipes are exposed. But if they are invisible, please contact the best plumbing repair service offered by some reputable plumber.

Do Not Think That Frozen Water Pipes To Be A Nightmare

Never ever try to neglect frozen water pipes, thinking that this problem might go away after few days on its own. It will certainly not!  On the other side, you must attend this problem as early as possible for preventing any further complications which can lead some additional damages to your property. You must be aware when ice forms it expands, and so it pushes the water which goes through the water pipe towards the faucet. The action of this results in tremendous water pressure which builds between the ice structure and the closed faucet. Under this supreme pressure, frozen pipes tend to burst. And when they burst, it’s always advisable to let freezing pipes specialist solve and fix this issue.

Below are some facts related to the prevention methods for frozen pipes and some solutions on it.

When Frozen Pipes Burst: What Should You Be Doing?

Basically, when frozen water pipes burst, you shouldn’t be trying to fix it on your own. Instead of that contact an.