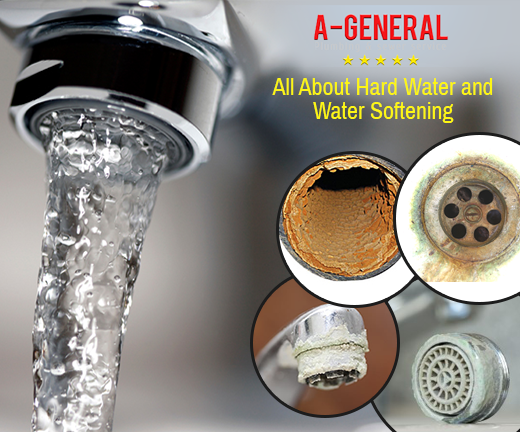 All About Hard Water and Water Softening

Posted by Victor Perkins on Oct.16, 2015 in Plumbing Service

US geological survey has stated that hard water is discovered in more than 85 percent of the country. If considered this almost all of us had to deal with it some or the other time. So to find the solution for this we need to know what exactly is hard water and does water softening techniques really works. Hence first understand the difference between hard water and soft water. When it rains the water is called as a ‘soft water.’ When it passes through minerals, rock, sand and sold it can be called as ‘Hard Water.’ This water has high mineral salt, especially calcium and magnesium ions. There is a myth that this hard water is harmful for our health, but it actually is not. Hence, you might think that then why this difference and what’s the problem with hard water. Even if there are many minerals in the hard water, basically it is calcium and magnesium that causes the problem. The characteristic of these two minerals is that they precipitate out of water and causes huge damage to home appliances as well as the smooth functioning of the plumbing system. Calcium and magnesium cause corrosion and damages the pipeline and the only option you are left with is called a residential plumber to repair it, which is a costly deal.

Hard water, minerals can also clog the pipes and reduce the water flow. On tile and kitchen fixtures, film and scale can be accumulated. As a result an invisible soapy film can leave it feeling dry. Increasing bills would be another pocket-cutting event, as your household equipments would take it harder to work smoothly. Also check for the glasses and dishes that would remain white filmed and spotted even after cleaning. The life of your cloths decreases because of harsh minerals. If you make a tea or coffee in it the taste would be ruined.

Now what is the solution for this?
Many plumbers advice to install water softeners. Long Branch Plumbers in NJ, has also suggested the same as they are considered one of the experts in it. But, we question about it, saying that if this water softener installation will work perfectly and soften the water. The biggest issue for this is its installing and repairing cost. It also increases your water usage and hiking bills. Other than installing softener there some easier ways to soften the water one of it is distilled vinegar for dishwasher that would remove white spots. And for hot water heater, reduce the temperature. While using laundry detergent, check for the instructions on it to be followed for hard water. Clean your coffee machine and run a pot of white vinegar through it for better-taste of coffee.

These are some simple ways that you can adopt to be safe from the hard water. Next time if you face any such issue is making sure your practice above tips.