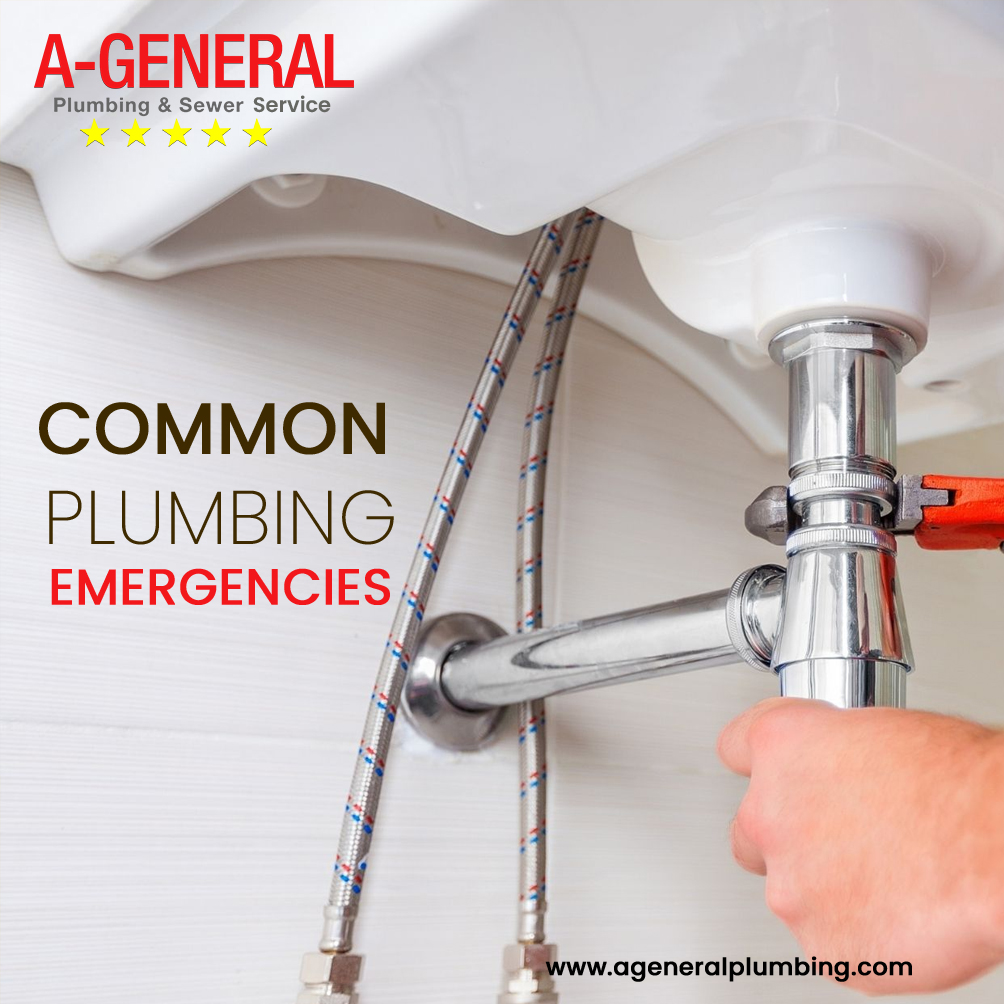 Posted by admin on Mar.04, 2021 in emergency plumbing service

Plumbing was never a problem till we had houses. I mean, who the hell had problems with streams flowing their way and so too drains. That’s unless something obstructs these and causes water to accumulate and flow in entirely unintended areas. And that is EXACTLY where plumbing despite everything hasn’t changed much. Obstructions.

Be it a faucet that leaks, a commode that sends back worse that what went in or a sewer that is chocked with debris, emergency plumbing and drain cleaning services in NJ are just that, an emergency service with a lot in the nature of implication both externally and internally.

This brings us to the topic of this article. What constitute common plumbing emergencies? In reality, quite a few, including the following:

24-hour emergency plumbing services in the NJ area don’t consider small drops to be “emergencies” till the time the tap can’t hold back anything. It usually happens when the spindles and threads on taps start to give way. And when that happens, there’s every chance that the whole talk full of water stored above or below the ground could run dry within no time. Emergency it certainly is!

Let’s take the case of a restaurant at a very prominent location that gets the cream of the neighborhood to wine and dine. And in the middle of that the floor starts to accumulate water and muck from the nearest clogged drain, the toilet or the kitchen. It could be nothing short of a catastrophe of epic proportions. While money would be spent on repairing things, no amount of money may bring back guests and patrons who departed with dirty and soiled clothes and shoes- not mentioning the inconvenience and the stench, and the chances of affecting people’s health! If this isn’t emergency WHAT IS?

Something similar to the case above is that of severs clogging up with kitchen lard and waste, debris, mud, silt and everything other thing that may enter a sewer line and reduce the flow of water. Invariably with time it adds up till there’s no space for water to flow. With water clogged at one end, there’s nothing else but water flowing back to the origin. And if the origin leads into an expensive drawing room or bedroom, hell can break loose!

NJ is blessed with cold, cold weathers in winters and most of the year round. The only that keeps people from going seriously dirty (not bathing for days!) is a water heater. And when that doesn’t work as desired, you either bathe in cold water while running the risk of catching a bad cold or don’t bathe at all and earn the ire of everyone around. Better still, call in the 24-hour emergency plumbing service in the area! Quick and easy could be the outcome.

NJ has great water sources for sure of which some are deep within the earth. What that does to the water is to add more than its share of chemicals including calcium and magnesium. While it’s recommended to get a slightly larger share of these in potable water, the same affects metals and other surfaces badly. Exposed iron rusts faster and polished areas get the tell-tale layer of while patches which over time may accumulate into a thick and ungainly patch removing which could be more than what a 24-hour emergency plumbing service could bargain for. The easier option would be to fit a water-softener. As for an emergency, it may arise when the water softener does not function as desired.

Rains in the NJ areas is a higher than the national average which means homes and establishments with sloping roofs have to have solid protection against rain drops percolating through the woodwork, shingles and concrete. In most cases, things do hold but with time, some of it does come apart through which water starts to seep in. Same goes for basements. A light rain may not be a cause of concern but anything more can cause serious damage especially to places that house expensive things like carpets and furniture. As for basements, they can have everything from boilers, household stuff and sometimes even automotive. The solution? A 24-hour emergency plumbing service close at hand!