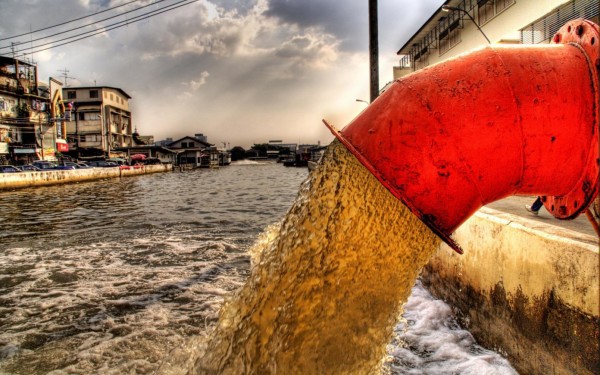 Posted by Victor Perkins on Nov.20, 2014 in Drain Cleaning

Several studies conducted by researchers suggest that water in some rivers; lakes, and other water bodies is slowly turning into chemical cocktail. There are several reasons behind water pollution. Let’s take a look at two of the most popular ones.

Some drain lines are connected to residential areas, as well as small and large industries, production units, factories, etc. These drainage pipes carry something more than ordinary sewage. The dangerous cocktail starts leaking out of drain pipes in case if these pipes are damaged, broken, or even in case if they are incorrectly fitted.

Flooding, loss of pipe’s foundation, seismic activity, soil slippage, tree root invasion and storms can also cause leakage in these pipes. If damaged sewer lines are not repaired quickly; all the industrial waste gets mixed with the ground water, and turns it into poison.

In rural parts of the United States, considerable numbers of villages use septic tanks to recycle drainage and river water. These tanks are used to process waste sewage with the help of bacterial decomposition. The contaminated portion of the water is separated from mixture, and remaining water is once again treated with certain chemicals before releasing it to be reused.

Unfortunately, use of chemical drain cleaners during drain cleaning has increased the percentage of chemicals in waste water, and somehow, septic tanks are not able to get rid of these chemicals.

To put it in simple words, septic tanks fail to separate chemicals from water, and transfer the same polluted water for reuse.

Septic tanks can also fail due to several other reasons like- overflow, clogging, climatic conditions, flaw in tank’s design, etc. This is the reason that polluted water has also reached drinking water taps.