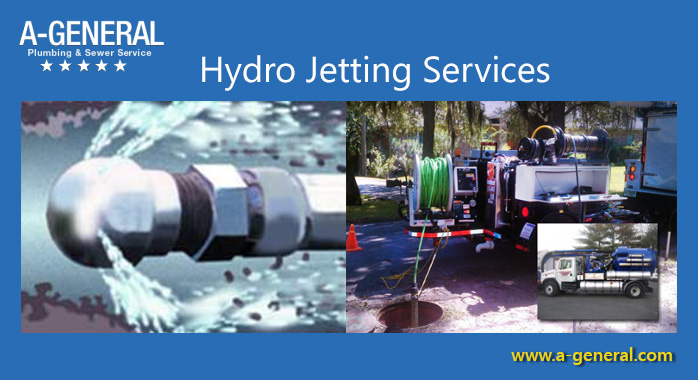 Hydro jetting Services And Their Advantages!

Posted by Victor Perkins on Aug.17, 2019 in hydro jetting service

Jets, be it on aircraft’s, cars or at the end of a water-pipe have a great advantage to them. They give out enormous power, and if their exhausts are used the right way, a lot gets accomplished within a short time! Hydro jetting services do just that. The only difference is that they use standard pumps to pump water through pipes with specialized nozzles which crimp the water flow to get the right speed and velocity.

Inside a drain, there isn’t much that can withstand the blast from a hydro-jet and still be there! Yes, when you have gallons of water pumped down a rather small tube, the exiting water has speeds which can take apart practically anything in its way, trees, roots, grease, gunk…anything!

As for advantages of sewer jetting services, there are quite a few, like:

If your drain and sewer specialist or your plumbing expert suggests hydro jetting (also called jetting service, drain jetting, sewer jetting etc to name a few), do not delay it.

JUST BLAST THEM WITH A JET!