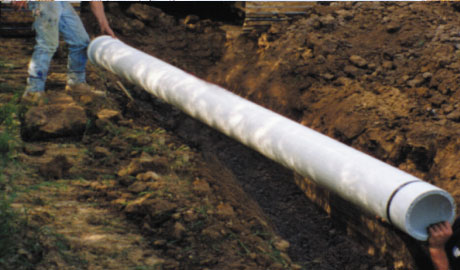 Sewer line can be referred to as a principal pipe in a system that distributes water or that collects sewage. Sewage system is a facility consisting of a system of sewers for carrying off liquid and solid sewage.

In our universe change is constant and sewage system/pipe is no exception to it. Over the last decade or so sewer systems have changed a lot. Sewer pipes in older times were susceptible to various problems such as corrosion and it drastically affected the systems ability to carry sewage resulting in drain clogging, sewage backup etc. The pipes were not able to survive under heavy pressure after a certain amount of usage. But over the years sewer pipes have improved drastically.

The pipes that we use today as sewer systems make use of material such as steel, plastic, concrete, fiberglass etc. Material such as plastic, copper, lead, galvanized pipe is generally allowed in residential sewer piping. These pipes can withstand pressure in harsh scenarios which sewage pipes regularly need to do to allow smooth flow of water without blockage. Frequency with which sewer line repair was required has gone down considerably. Today sewer line repair can be done without damaging and harming the nearby areas.

The trenchless technology prevents tree root intrusion into pipes. Maintenance of sewer line plays a vital role in hygienic living and avoiding diseases. Excessive exposure to sewage water can lead you to diseases such as hepatitis, gastroenteritis, eye irritation etc. Children need to be kept away from even a small amount of exposure to sewage water.

Festive season is on the horizon, if you are cleaning your house and require any assistance regarding plumbing or sewer line repair, then immediately contact A-General one of the best commercial plumbing and sewer service provider.