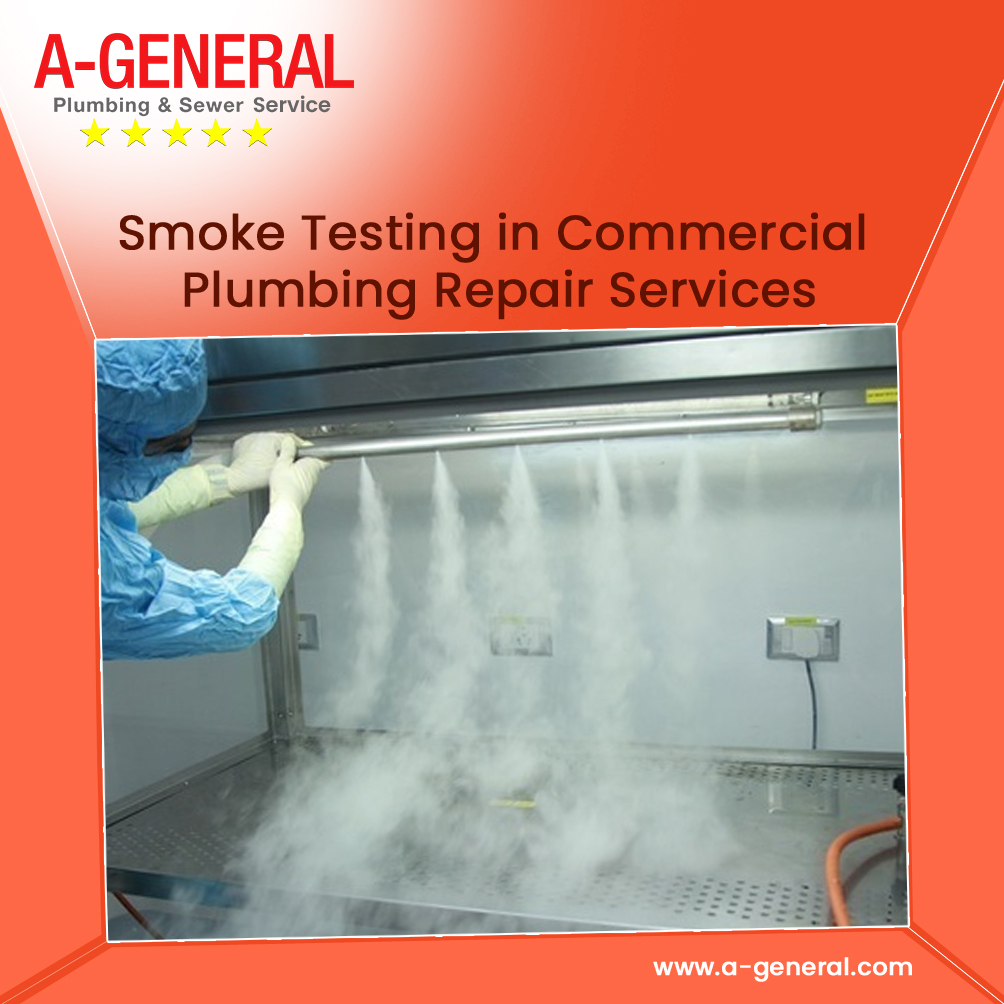 Posted by admin on Mar.19, 2020 in commercial plumbing service

It is said that where there’s fire, there will be smoke.

The commercial plumbing repair services in NJ have taken this saying a step ahead. They say that where there’s smoke, there is every possibility that pipes, both below the ground and those above carrying waste and sewer in most cases, have cracks and ruptures that need immediate and sustained help!

Essentially, pipes suspected to have cracks, fissures and other kind of leaks are sealed from every possible place in the normal order (which means they aren’t repaired at suspected points) and artificial smoke with/ without added color and/ or odour is sent thru these pipes. When filled to their normal rated capacities, the artificial smoke can be expected to escape from any cracks, fissures and other kind of leaks (if any) and show the exact location of these. The rest of the job of actually repairing the pipe(s) then becomes that much easier with the exact location of the leaks being made visible.

Advantage of including Smoke Testing in commercial plumbing repair services include:

Guesswork doesn’t work in the field of commercial plumbing repair. You could end-up with the same or bigger problem which could the cost much more with commensurate head and heart-aches. With a technology like smoke detection, the same problem can be put to rest right from the word GO and that too right from its roots!

2. Non-invasive and cheaper than blindly digging and cutting

Pin-point surgical accuracy be it in life-saving medical procedures or in the field of commercial plumbing services is a great saving both of money, time and patience. In the case of commercial plumbing services, this is especially important as replacements cost a lot, and more so if the place is old and crumbling. Better still would be to know exactly where the problem is and take action just there leaving the rest intact.

Continuing from the above example of the heart surgery, we all know for a fact that open-heart surgeries take immense time to recover from. In fact, it’s the surrounding tissues and ribs which take time to come to normal. Something similar is the case even with commercial plumbing repairs where the entire existing structure of a drain or a sewer is ripped apart to install a new one. It takes an awful amount of time, patience and of course, money at the end of which one may still not be sure if it was worth it!

For those of our readers facing recurring problems of sewer/ drain lines including foul smell/ gas, its better to go for the smoke test ASAP.